IRAS: The Sky Survey That Proved To Be A Turning Point In Astronomy.

This article on IRAS is a guest article by Anja Sjöström, an IB diploma student from Switzerland.

As a joint project to survey the sky in infrared (IR) in order to better understand phenomena invisible to the human eye, the Netherlands Agency for Aerospace Programmes, NASA, and the United Kingdom’s launched a mission on the 25 January 1983 from the Vandenberg Air Force Base which put a 1.1 metric ton IR telescope with a life-time of 11 months into sun-synchronous near-polar orbit at around 900 km from the surface of the Earth. The mission was for this telescope to map what turned out to be 96% of the sky at infrared wavelengths of 12, 25, 60, and 100 micrometers.

The IRAS ( Infrared Astronomical Satellite ) consisted of a spacecraft as well as a liquid helium cryostat containing the cooled IR telescope of 5.5 m of focal length and an aperture of 0.57 m. The beryllium mirrors were cooled down to about 4 K and the prime focus to 3 K. This was necessary in order for the structure to maintain heightened sensitivity to faint radiation at infrared wavelengths from astronomical objects without the thermal radiation interfering with observations.

Read all the articles of the Basics of Astrophysics series here

Traveling at 99-degree orbit at a rate of about 102 arc minutes per day, IRAS covered around a degree per day. The sky was divided into strips, or lunes, of 30 arc minutes wide. The IRAS would cover almost the entire sky by scanning a lune every orbit, with overlaps of about 15 arc minutes to ensure full coverage.

As a whole, IRAS allowed for an increase by about 70% in cataloged astronomical sources, for already after the first day of observation, it had doubled our knowledge of infrared sources. More specifically, IRAS took account of the discovery of several comets, as well as the surroundings of young stars.

For instance, IRAS discovered the presence of dust accumulated in disks around stars, evidence for the formation of future planetary systems. In addition, after thorough data processing, the information collected by IRAS allowed scientists to gain valuable insight into star formation as well as the state of numerous dead stars (white dwarfs).

Why was it so important?

Although IRAS had the predefined aim as a mission that would catalog as many fixed sources as possible, IRAS also gave rise to many unexpected discoveries, such as the observation of astronomical objects previously unknown to man. For instance, multiple galaxies that emitted majorly in the infrared wavelengths of the electromagnetic spectrum were discovered. Today they are known as ultraluminous infrared galaxies (ULIRGS), and whose mergers account for massive areas of star formation.

IRAS success also holds its importance in the fact that it shed light on similar areas of research and emerging missions and allowed for importance to be allocated to the development of infrared telescopes. For instance, the Infrared Telescope mission of 1985 was expanded into the Space Infrared Telescope Facility (SIRTF). The fruitful operation of the IRAS led to the establishment of further and more permanent missions such as the Infrared Space Observatory and the NICMOS instrument of the Hubble Space Telescope.

As such, IRAS changed the course of astronomy in that it enabled and broadened our areas of research, no longer restricting ourselves to the parts of the electromagnetic spectrum which are visible to the naked eye, as well as brought to our knowledge phenomena which cannot simply be understood without the visualization of interactions in the infrared area of the electromagnetic spectrum. The Difference Between Classical And Quantum Computers

Are You There?! NASA Sent A Message To Voyager 2 After A Long Radio Silence. The Columbia Space Disaster: How We Lost Seven Brilliant Astronauts In A Split Second. 44 Years & More Than 20 Billion km In Space: The Source That Powers The Two Voyager Spacecraft. NASA’s Video Shows How Its Spacecraft Collected Samples From An Asteroid But Made A Mess Out Of It. 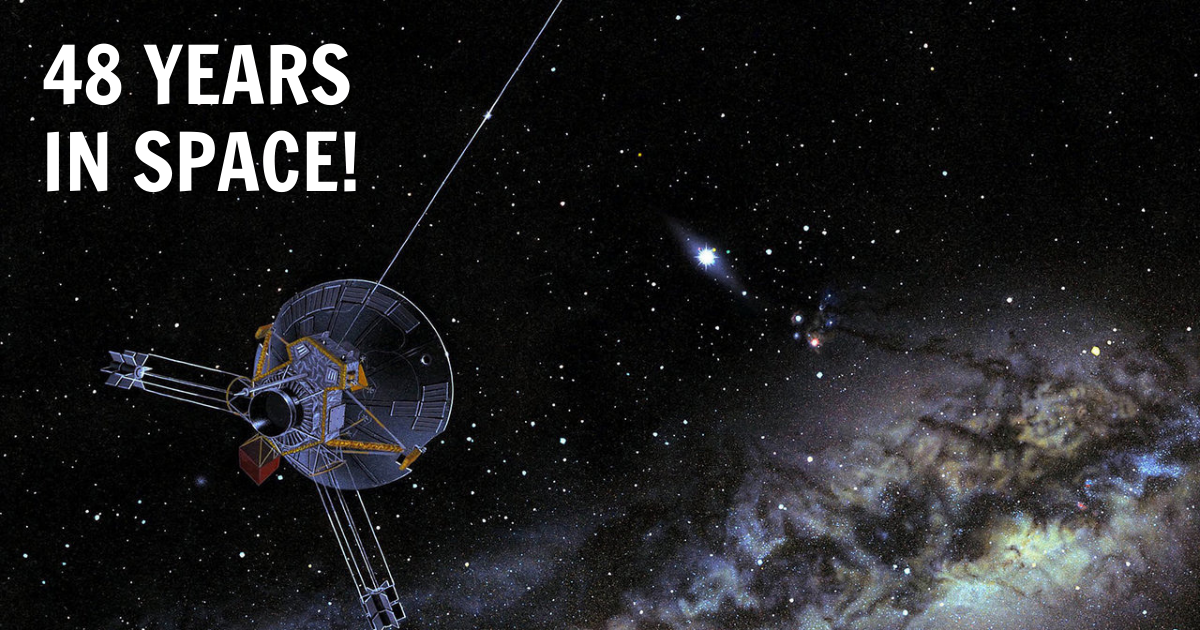 Pioneer 11 Completes 48 Years In Space: Here’s What The Spacecraft Saw In Its Journey.

An Endless Journey: What Voyager 2 Saw In Its 43 Years Of Space Travel?

[…] A sky survey that changed the course of astronomy […]

Very impressive. I wish I understood it better !!