Newton’s Top Contributions: How The Brilliant Physicist Revolutionized Science In The 17th Century.

Author at ‘The Secrets Of The Universe’, I am a science student from Romania. I am also the founder of Astronomy Hub, an organization for popularizing astronomy and astrophysics. I love reading philosophy and literature, enjoy classical rock, blues, and watch movies.

You most probably heard about Isaac Newton. It is a household name, the scientist being probably even more famous than Albert Einstein. One thing I know for sure, more than half of the physics I studied in high-school was directly based on the work of Isaac Newton. The fundamental laws of mechanics, optics, some general relativity all go back to Newton (of course, general relativity is a refinement of Newton’s work, but it couldn’t have existed without it).

What is even more interesting is that many of the high-school mathematics programs include Newton’s name, and I found it very intriguing to find his name when learning about new mathematics concepts (I even thought that it could be some other Newton at first). That is because his work was so groundbreaking that the mathematical instruments had not been yet invented. What did Newton do? He invented them himself. Now that is truly amazing.

I believe most of my readers are, of all of Newton’s ideas, most familiar with his contribution to mechanics. Gravity, right? The apple fell on his head, and right there and then, he miraculously figured out the laws of the Universe. That’s a good story to tell to your children, your brother or sister, or someone related, but not to a physicist.

What we really know is that he may have discovered the gravitational force, among many other things, at his home in Woolsthorpe while being “grounded” because of, guess what, the Plague. The situation was astonishingly similar to the one we live through today. While Newton was at the University of Cambridge, being about 22 or 23 years old, the university closed because of the plague, and all of its students were sent home.

This was probably when Newton started to think about the gravitational force, but he did not publish his theory. By 1679, Newton was familiar with the work of Johannes Kepler, of whom you may have heard about (he is also directly connected to the theory of gravity because of his conclusions on the movement of planets around the Sun, which greatly intrigued and helped Newton for his final theory). Then, he once again turned to his ideas of a gravitational force.

Over the next few years, he corresponded with Robert Hooke (with whom he later also had problems because of plagiarism accusations) and Edmond Halley. The studies of comets of the latter helped Newton to develop his theory further. In 1684, he communicated his results to Halley by sending proof that the elliptical form of planetary orbits is the result of a centripetal force inversely proportional to the square of the distance. No need to mention it, but Newton was an important supporter of the solar system’s heliocentric model.

Finally, on the 5th of July 1687, he published what we know as the Principia. However, its full name is Philosophiæ Naturalis Principia Mathematica (“Mathematical Principles of Natural Philosophy”), a work in three books, forming the foundation of classical mechanics. Newton’s laws of motion were stated, those being:

Of course, he also stated the well-known relation for the gravitational force between two objects, that Fg = G * m1*m2 / d2.

Most of Principia is written using mathematical concepts people didn’t really understand at first. That is known today as calculus. Before talking about calculus, it is imperative to understand some other contribution of his, which helped develop calculus, namely the binomial theorem. Newton also discovered the binomial theorem during his years in Cambridge, mentioning that this was done during his actual years in Cambridge, before the Plague. What is a binomial?

Think of it as a polynomial, a function that could look like x2 – y2. The binomial theorem works mostly with binomials having the form of (x+y)n. Newton discovered that he could beautifully expand a generalized binomial (I will explain in a bit), allowing nonnegative integers or real exponents (unlike 2, for example) in an easily computable sum. I said that he wanted to expand a generalized binomial because the binomial theorem wasn’t actually invented by Newton, as special cases were known since Euclid (who computed (x+y)2, for example.

He further used the binomial theorem to calculate series and limits of series, which later led him to the discovery of calculus. What is calculus? Basically, working with things that approach infinity. Imagine a graph that has only a straight line in it. 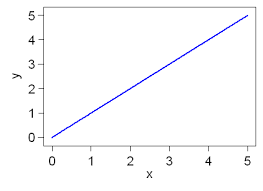 It shouldn’t be tough for you to compute the area under the graph. After all, it is a triangle. Let’s now take a random graph, which doesn’t look at all like a line. 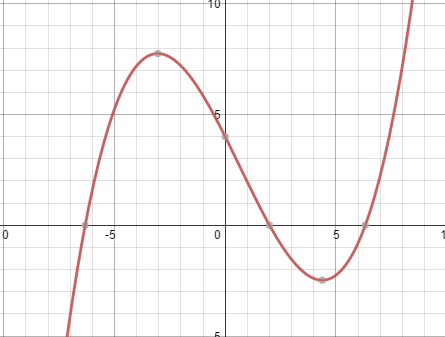 Find the area under this graph. The only thing you can do is make parts on this graph with shapes you know how to find the area. A rectangle, for example. You make a lot of those small rectangles, you find their area, and then you sum them. You will be close to the real area. But to get the best approximation of the area, you will need those rectangles to be as small as possible to cover as much of that curve as it’s possible. Those shapes will “approach” infinity.

Calculus is the whole “manual” of working with things approaching infinity. You get the exact rules of how you can work with infinities and get proper answers, which are, of course, not the exact real ones, but close to the real one by an infinitesimal, which is as good as it can get, and good enough for us to work with it in our daily lives.

Why did Newton invent calculus? Even in the graph, what you actually want to measure, is the rate of change in the smallest amount of time possible. Now imagine an apple falling, for example. Its velocity is not constant. Generally speaking, if you compute a moving object’s velocity by the well-known formula v = d / t, what you will get is an average velocity. If you want to find the instantaneous velocity, you will definitely need calculus.

Most of Newton’s theoretical work in optics can be found in “Opticks: or, A Treatise of the Reflexions, Refractions, Inflexions, and Colours of Light,” a book he published in 1704. It represents a major work for the history of science, and unlike Principia, it is straightforward to read (if you ask me). It was the first real science work I read during high-school, and I remember picking it up for fun from the city library.

Regarding his practical work, his contribution is significant. Many people still use it for one of the most interesting activities (if you ask me): studying the sky. Newton’s innovation was the reflector telescope. It is now one of the easiest telescopes to build by amateurs. It has a primary mirror and a flat secondary mirror, as shown in the picture:

Of his creation, Newton said:

The concave Metal bore an Aperture of an Inch and a third part, but the Aperture was limited not by an Opake Circle, covering the limb of the Metal roundabout, but be an opake Circle, placed between the Eyeglass and the Eye, and perforated in the middle with a little round hole for the Rays to pass through to the Eye. For this Circle being placed here, stopp’d much of the erroneous Light, which otherwise would have disturbed the Vision.

By comparing it with a pretty good Perspective of four Feet in length, made with a concave Eye-glass, I could read at a greater distance with my own Instrument than with the Glass. Yet Objects appeared much darker in it than in the Glass, and that partly because more Light was lost by Reflexion in the Metal, than by Refraction in the Glass, and partly because my Instrument was overcharged.

Had it magnified but 30 or 25 times, it would have made the Object appear more brisk and pleasant” … “The object-metal was two inches broad and about one-third part of an inch thick to keep it from bending. I had two of these metals, and when I had polished them both, I tried which was best; and ground the other again, to see if I could make it better, than that which I kept.”

Before you go, make sure you also read: